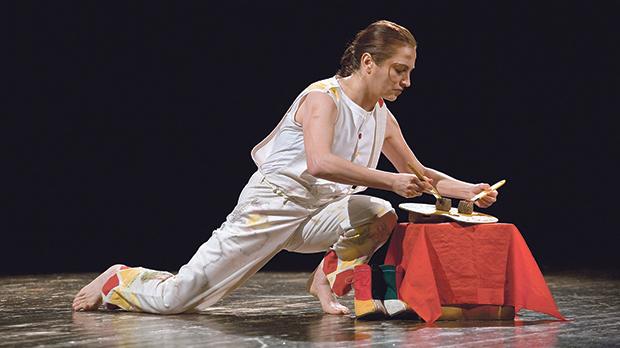 As Australia passes the baton on to Malta for this year’s World Commedia dell’Arte Day under the auspices of the Malta Commission of Unesco, Narcy Calamatta tells Iggy Fenech all about the history of the genre, Malta’s place within its narrative and what we can expect from the four-day festival starting this Friday.

Nowadays, Commedia dell’Arte (CdA) has a legendary status among theatre-makers and historians, who view it as part of a golden age when theatre was as daring and as ground-breaking as it could be. That legacy is now celebrated each year during the World Commedia dell’Arte Day. But, before we get to that, a bit of history is certainly required.

In a world saturated with images and sound, and in which information is so readily accessible, it is easy to dismiss the impact Commedia dell’Arte may have had on our forebears when and if they came across it… But 600 years ago, the world was a very different place: Fresh out of the Dark Ages, Europe was a dangerous place where illiteracy and disease were rife, Catholicism dominated every aspect of life and people’s rights were rarely on the agenda.

In that world, CdA must have been akin to Alice first laying eyes on Wonderland, as actors cladded in colourful costumes and donning masks wrought havoc on a makeshift stage made up of nothing more than trestles and wooden planks. But as the world of the peasant audiences came alive in technicolour, those actors were helping to define the bases of modern theatre and democracy: the latter by alluding to scandals happening in the tight circles of the ruling classes; and the former by bringing back the stock characters of ancient Greek theatre, like the drunken fool (Arlecchino), the romantic young man (Amoroso) and the mischievous female servant (Colombina), which we are now so accustomed to.

For that and many other reasons, the CdA was a runaway success and from the market squares of Venice where it first began, it spread as far afield as England (Punch and Judy) and, according to Narcy, Malta (Ġaħan and Teatrin). But as the centuries wore on, and Europe dealt with its religious wars, the rise of the Puritans, and the endorsement of ‘high-culture’ by the elite, the genre that had turned being an actor into a profession waned in popularity.

Even so, it never truly died. In fact, Narcy insists that Malta was one of the pockets where the CdA continued to thrive well into the late 19th century, and disappeared from our streets only some 100 years ago due to the two World Wars that changed the very fabric of our daily lives.

“It was the poor man’s theatre, not that of the gilded proscenium arches,” adds Narcy, who has become somewhat of a local guru on the genre.

“The average man didn’t have time for theatre, he was too busy staying alive…

“But its impact on people’s lives could not be eradicated so easily and, in fact, so many years later, we still use the denigrating name of purċinell [a Neopolitan CdA character] to insult each other while, in the early 1900s, Dun Ġużepp Zammit, the journalist priest, named his satirical political gazette Brighella [another type of CdA character]… All this goes to show that we were more than acquainted with the genre and I believe that CdA should actually be considered part of Malta’s national cultural heritage.”

It was the poor man’s theatre, not that of the gilded proscenium arches

To help make this a reality, Narcy has been working tirelessly to help reintroduce the genre to the Maltese Islands. In fact, 10 years ago, he put his money where his mouth is and, with the help of the president of MALETH Dramatic Group, Frank Tanti, he invited Jaume Villalba-Sanchez, a Catalan Commedia master who teaches at Munich University, to come to Malta to give a two-month course on Commedia and to direct Carlo Goldoni’s CdA classic, Servant of Two Masters at the Manoel Theatre.

For the past nine years, Narcy has also put up on original Maltese CdA productions for the folk festival Żejt iż-Żejtun, and has even written five original CdA plays in Maltese for the Zararti Malta Cultural Association (ZMCA), which he helped form – three of which have been translated into English and performed multiple times in Germany and Israel. 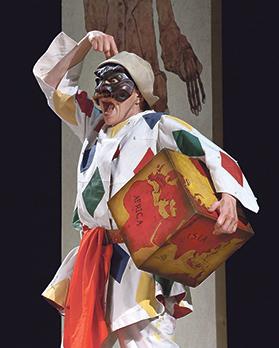 A few years ago, the ZMCA also became part of the World Society of Commedia Operators through SAT Italia. This helped set the stage for Malta to take on the flagship event of the organisation for the eighth edition of the World Commedia dell’Arte Day come this Friday.

“Each year, SAT Italia chooses a Commedia operator in one country to take up the onus of being the leading operator for that year and to organise the flagship event. Last year, it was Sydney, Australia; this year it’s going to be Malta,” Narcy reveals.

To make this happen, ZMCA solicited the collaboration of Sean Buhagiar, the artistic director of Teatru Malta, and, together, they have devised a programme over four days for both students and the public… For this end, they have invited a world-renowned Commedia master from Italy, Claudia Contin Arlecchino, who has been interpreting the traditionally-male role of Arlecchino (a comic servant) continuously since 1987.

“There’s so much happening over these four days,” says Narcy, “On Friday, there is going to be a conference for invitees where four CdA Masters from abroad and various Maltese Commedia practitioners will discuss how to enhance the relevance of CdA both locally and internationally.

“On Saturday and Sunday morning, Master Claudia will conduct masterclasses for students at the Malta University College for Performing Arts; while in the evening, she will be giving public performances of her world-renowned, one-woman Commedia shows, Gli Abitanti di Arlecchinia and Arlecchino e il suo Doppio, respectively. Finally, on Monday, Master Claudia will be working with the sculpture students at Mcast on a workshop on creating Commedia leather masks.”

Having the flagship event of the World Commedia dell’Arte Day happening here in Malta is, of course, an honour. But it’s also meant to be bigger than that; it’s meant to be a way of rekindling our relationship with a genre that helped us evolve, stay sane, fight back; a genre that changed our language, our culture and, quite possibly, our history.

Previous Screener for the film Commedia by Fava
Next Why Teach Commedia?!?!

Workshopping with masks and archetypes

Bianca Bonino running the seminar at ANU; masks by Antonio Fava. (Photos supplied) Bonino, who co-founded Fools in Progress with stage-partner Ben Newham in 2010, was invited by Italian teacher Bruna Carboni to run a seminar and workshop about Commedia dell’Arte as part of Carboni’s Italian class.